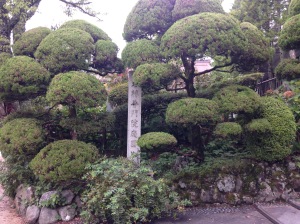 Since my last post we have endured devastating bush fires and the ongoing Corona Virus. I’m going to write very little about either as long ago Rachel Carson summed up such situations succinctly – “No witchcraft, no enemy action has silenced the rebirth of new life in this stricken world. The people have done it themselves.” If you are interested you can check out my chapter on the fires, ‘Signs but No Wonder’, forthcoming in Continent Aflame, published by Pandera Press. As for Covid-19, the best we can say is that it has encouraged a great many people to start gardening! The rub, of course, is that gardening has often been touted as a form of control over nature, and it is largely the attempt to control nature or make it subservient to our human desires that has got us into this pickle. Once again Rachel Carson is apposite: “the control of nature is a phrase conceived in arrogance, born of the Neanderthal age of biology and philosophy, when it was supposed that nature exists for the convenience of man.”

My own attitude is that although gardeners may at times have been guilty of the futile attempt to control nature, much present-day gardening philosophy refutes the notion of a garden as an enclosed area of civilization set against an encroaching wilderness. The idea that we need to save ourselves from wilderness by creating gardens in which we are supposedly safe shows how divorced we have become from the life systems on which we depend. In contrast, the languages of most Indigenous peoples do not have a word for wilderness. To them the wild world is simply home. Increasingly also, gardeners are exploring notions of plant communities, of groups of plants that thrive together rather than placing plants solely on the basis of the aesthetics of colour, size, foliage shape, flowering time and so on. We now know without doubt that trees form communities and support each other’s flourishing, and in the same way some plants simply enjoy the company and companionship of particular plants more than others. So one possible way of accommodating plant preferences as well as redressing our alienation from the uncultivated world is to adhere to an ethically responsive, humble gardening that is self-reflective and respectful of the intentionality, agency and power of the vegetal world. 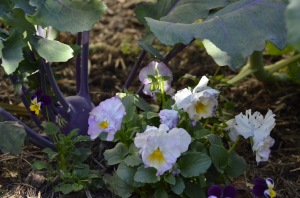 I understand respect for vegetal life to mean that it is essential to take cognizance of the goals of all plants from the smallest potted cactus to the largest tree. The goals of plants and those of gardeners however do not need to clash. In vegetable gardens, for example, it has become commonplace to use companion planting so different vegetables, herbs or flowers can assist each other in some way. This includes deterring pests, improving growth, enhancing flavor, attracting beneficial insects and fixing nitrogen in the soil. 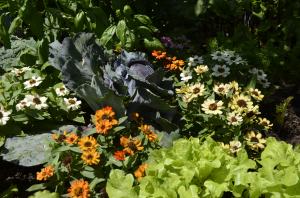 So, for example, planting chives under apples trees helps to prevent apple scab and sage protects cabbages from cabbage white moth. French Marigolds produce root secretions that kill nematodes in the soil. Borage increases the yield from strawberries while Nasturtiums attract beneficial insects and Zinnias among Brassicas attract ladybirds. However, the best thing about companion planting is that it increases biodiversity. We end up planting a range and mix of plants that provides abundant food for bees, insects, birds, lizards, as well as ourselves.

Flower gardens and herbaceous beds call for a somewhat different approach. To respect the life goals of ornamental plants requires, I believe, the ability to appreciate things as they are rather than setting about to try and perfect them. The Japanese aesthetics of imperfection or wabi-sabi is instructive here, as it typifies the creative relationship between culture and nature. Wabi-sabi is strongly influenced by Zen Buddhism and espouses finding beauty in imperfection, profundity in earthiness, and especially revering authenticity. An early Buddhist monk Yoshida Kenko (c1283 – c1350) is credited with writing what is regarded as the manifesto of the aesthetics of imperfection:

Are we to look at cherry blossom only in full bloom, the moon only when it is cloudless? To long for the moon while looking at the rain, to lower the blinds and be unaware of the passing of spring – these are even more deeply moving. Branches about to blossom or gardens strewn with faded flowers are worthier of our admiration. 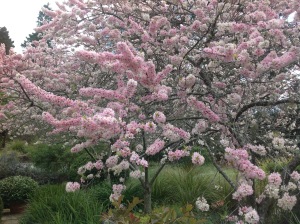 My own garden confronts me with particular issues in this regard. Much of the basic design layout was in place when I acquired it and although I have made significant changes I have retained long lengths of box hedging and other smaller box topiary balls and cones. They are well-established and their attractiveness makes it difficult to see them as either an aesthetic affront or a contortion of natural processes. Fortunately they are not stand-out examples of contortion but the question remains, are these plants harmed by regular trimming into shapes demanded by the human eye? Is this practice disrespectful? 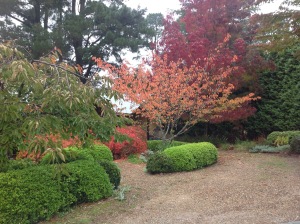 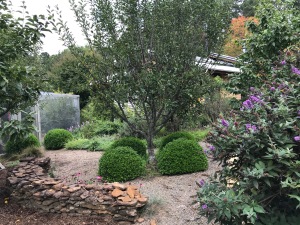 Topiary is, all things considered, a strange practice and has a somewhat checkered history as it originated in Roman villas where slaves created and maintained all manner of fanciful topiary animals, peacocks and even sailing vessels. During the Italian Renaissance an appreciation for things Roman reemerged, including the creation of topiary gardens. The style also became popular in seventeenth century England where once again low paid gardeners worked in grand estates shaping box, yew and holly according to the whims of the owners.

However, it is not the exploitation of workers alone that is the problem in such gardens but the imposition of ornamentation on a plant that overrides its own goal-directed behavior towards thriving. To manipulate nature for the sole purpose of entertaining humans is an aesthetic imposition or indignity.

The topiary creations in Disney Land are a typical example. They point to a worldview that is human-centered. 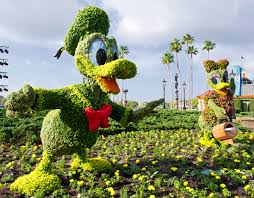 Gardens should create harmony between nature and humans and although a topiary garden can be seen as a symbol of human control, as emblematic of the errors that have brought us to our present sorry state of environmental degradation, this need not be the full story.

In the areas of burnt bushland close to my garden I can see first-hand the resilience and urge towards flourishing among plants that return despite being burnt, cut, or toppled. They branch out in all directions proclaiming their vigor and persistence in the face of adversity. Likewise, a topiaried hedge in a garden may also flourish as its various systems that work to provide its needs do not necessarily conflict with the gardener’s work of shaping and pruning. A topiarist may want a sphere formed from a box plant but she wants one that is alive and thriving. As Isis Brook writes, “aesthetically good topiary enables the viewer to see and appreciate the tree and its own qualities, in contrast to bad topiary which negates or hides them.” 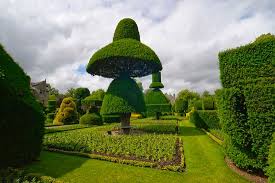 As in many gardens, the box hedges I have inherited juxtapose the structure of the garden with the informal mixed herbaceous areas. These clipped dividers bring attention to the plant communities that have been chosen using ecological principles.

Recently I read William Bryant Logan’s book Sprout Lands: Tending the Endless Gift of Trees, in which he discusses the age-old practices of coppicing and pollarding, two practices of which I was largely ignorant. Logan, an arborist and enthusiastic pruner and shaper of trees, writes that coppice and pollard are words we should come to know again as “by means of them, people built their world out of wood for ten thousand years. The persistence, power, intelligence, patience and generosity of trees guided them. Home, culture, poetry, and the spirit were shaped by the cutting of trees. Long before the word ‘sustainable’ had ever been coined, human beings learned a way of living with their woodlands that benefited and sustained them both.” Pruning trees didn’t destroy them but created the healthiest, most sustainable and diverse woodlands we have ever known.

From a gardener’s point of view, this attitude of reciprocity with the living world could be summed up by saying that to appreciate fine topiary does not indicate an inability to appreciate a flourishing ecosystem. Trimming and pruning does not in itself exploit plants or people but when power and wealth intrude to control and dominate both workers and plants the world starts to go awry. I shall leave the final word to Logan who asks, “What if new life does not come only from the centers of power, wealth, resource gathering and exchange? What if it comes too from the margins, the extremities, the growing tips, the sproutlands? Maybe new ways will come to us from places distant in time or space or both, where a living connection to the world renews.”