St Valentine’s Day is another of my minor gardening bugbears. I look askance at hastily erected stalls at petrol stations and road-side parks selling bunches of red roses that scream, “buy me or you’re failing to appreciate your partner.” How did this dubious celebration become so ubiquitous in Australia? Why, I ask myself, is there this addiction to squeezing the pleasure of giving into a capitalist format?

For starters, let’s take a look at the origins of this day. Far from proclaiming love and good feelings, the holiday began as a liturgical feast to celebrate the decapitation of a third century Christian martyr. Various stories tell of several St Valentines who died on 14 February. Two were executed during the reign of Claudius Gothicus (269-270AD) at a time when persecution of Christians was common.

It is, however, likely that these several saints were one and the same person. An alternative story suggests the modern holiday is a Christian cover-up of the more ancient Roman celebration of Lupercalia that was held in mid-February. Lupercalia originated as a ritual in a rural masculine cult involving the sacrifice of goats and dogs and evolved later into an urban carnival. During the festivities half-naked young men ran through the streets of Rome lashing people with thongs cut from the skins of the newly-killed goats. Pregnant women thought it brought them healthy babies. In 496 AD Pope Gelasius supposedly denounced the rowdy festival, although there is no actual evidence that the Pope purposely replaced Lupercalia with the cult of the martyred St Valentine. Whatever the origins of Valentine’s Day it has little to do with how we might conceive of gift giving in a postcolonial context where, I believe, an Indigenous understanding of gifts would be more appropriate.

However, for those interested in the influence of English history the more pertinent story comes from Geoffrey Chaucer who wrote in his Parlement of Foules that the February feast of St Valentius was a day for the mating of birds. 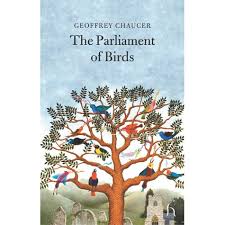 He described St Valentine’s Day as the day when every bird gathered to chose a mate. He started a fashion and soon European nobility began sending love notes during bird-mating season. And so it went on until industrialization resulted in mass-produced cards, chocolates and red roses. It’s the red roses that I have a particular problem with. It’s not that I’m some grumpy old miser who doesn’t want to give or receive gifts. Quite the contrary, I find gift giving immensely pleasurable but when we buy flowers on Valentine’s Day we need to think very carefully of the consequences and whether there might be a better alternative. 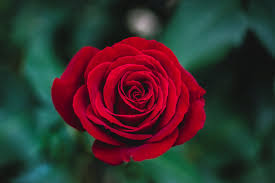 Although a small proportion of the roses sold in Australia on 14 February are grown in Victoria the majority are imported, mostly from Kenya or Columbia and their lower prices have pushed Australian growers out of business. The ABC reported that since the start of February more than 6.46 million rose stems had been imported from Kenya, up nearly 1.25 million roses from the same period last year.

Think for a moment of the cellophane each bouquet is wrapped in. Apparently it adds up to 160 kilometres of plastic wrapping heading for landfill in one two-week period. And then there’s the study undertaken by Cranfield University in the UK that found that raising 12,000 Kenyan roses resulted in 6,000 kilograms of CO2. Of course, growing flowers en masse anywhere is going to produce CO2 but not being an edible crop means rose growers are typically exempt from regulations on pesticide use. As a result the cut flower industry is one of the biggest consumers of pesticides worldwide.

In Kenya and other countries, chemicals such as methyl bromide are regularly imported in significant quantities by flower growers for pest control. Not only is methyl bromide an ozone-depleting substance, but in some cases the run-off from such chemicals into adjacent lakes has resulted in the collapse of fish stocks that are crucial to both local communities and the ecosystem.

Many of the workers employed in the cut flower industry earn a wage that is inadequate for a decent standard of living and they form part of the working poor. Many are young women who work long hours and sometimes face sexual harassment. And of course, there is a colonizing story lurking behind all this. The owners of the rose farms tend to be wealthy white men who could afford to buy up farmland and their employees are poor blacks.

So why, with all these reasons not to give a Valentine’s gift of roses, do we still persist? Ultimately, we know very little about the reasons why we feel the need to give things to others. The anthropologist Marcel Mauss believed that in the modern world gift morality depended on “people and classes who uphold past customs.” He claimed that the giving to others in early societies reappears in our own society “like the resurrection of a dominant motif long forgotten.” He concluded that the essential features of gift transactions are the obligation to give, to receive and to make a return for gifts received. This is known as the norm of reciprocity but it is all too rigid for me. Where, I want to know is the thoughtfulness, the delight, the generosity of giving without a thought of getting anything back?

Levi-Strauss, another famous anthropologist who was fascinated by the potlatch culture of some North American Indians also believed that direct parallels could be drawn between it and gift giving practices in modern societies. He claimed that giving presents at Christmas “is nothing other than a gigantic potlatch” conducted in the pursuit of prestige. This conclusion holds that gift practices in modern western societies are merely an exaggerated version of the competitive struggles for power and status.

When I first read this I thought why take the practice of one culture and apply it to all? And more importantly, what were the pre-colonial gift giving practices in Australia? Might they offer an alternative?

According to Rauna Kuokkanen, for Indigenous people social order is maintained through giving and recognizing the gifts of others, including the land; the logic of the gift, in other words, is a radical critique of an entrepreneurial world-view. This attitude is in accord with how I think of my garden. It is both a gift and a giver of gifts. My gift to the garden is time and attention and care. In return I receive flowers, vegetables, fruit and the endless pleasure of birds, bees and butterflies. 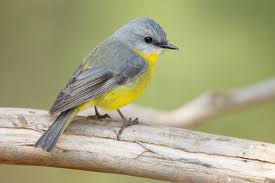 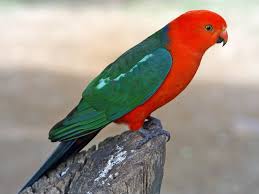 In Braiding Sweetgrass Robin Wall Kimmerer writes that, “gifts from the earth or from each other establish a particular relationship, an obligation of sorts, to give, to receive, and to reciprocate.” A garden proclaims that not all social life in a capitalist society is dominated by the rational acquisition of goods and influence. In addition, Nancy Hartsock suggests that “one could begin to see the outline of a very different kind of community if one took the mother/infant relation rather than the market exchange as the prototypic human interaction.” After all, conflict and competition is not at the core of the relationship between mothers and their children; it is instead, empathy. So next Valentine’s Day I will pick a bunch of beautiful crimson Callistemon from my garden and think about the words of David Mowaljarlai, senior lawman of the Ngarinyin people of the west Kimberley when he addressed a gathering of non-Indigenous people in his country in 1995:

“We are really sorry for you people. We cry for you because you haven’t got meaning of culture in this country. We have a gift we want to give you. We keep getting blocked from giving you that gift. We get blocked by politics and politicians. We get blocked by media, by process of law. All we want to do is come out from under all of this and give you this gift. And it’s the gift of pattern thinking. It’s the culture which is the blood of this country, of Aboriginal groups, of the ecology, of the land itself.”

“Many Australians understand that Aboriginal people have a special respect for nature… That they have a strong sense of community… That we are people who celebrate together. There is another special quality of my people that I believe is the most important. It is our most unique gift. It is perhaps the greatest gift we can give to our fellow Australians. In our language, this quality is called Dadirri. This is the gift that Australians are thirsting for.” 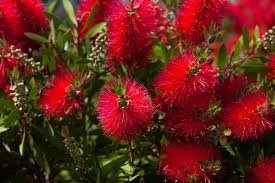